Up until recently, the work of our firm in the commercial areas was very limited. Being a team with a very solid profile from the perspective of engineering, data analysis, processes and reengineering; it seemed that there was little to contribute in such a "sublime" area as the commercial one.

We then suffered from the same syndrome that thousands of companies suffer from; the belief that sales is a mystical task that can only be executed well if we manage to recruit "sales gurus", extroverted agents who were "born to be salespeople". This syndrome leads to the assumption that sales is an abstract task that represents neither an interest nor a challenge to our skills as engineers and scientists.

We were wrong. Engineering is already revolutionizing sales in those companies that invest in this transformation - however, it’s not easy.

The first problem is that traditionally, sales is the responsibility of autonomous agents. A salesperson must do several - or all - activities, from prospecting, follow-up, closing, back office, delivery and even after-sales service. However, this creates many inefficiencies, decreases scalability and significantly limits the potential of the sales area. The root problem comes from the lack of designing, implementing and improving a good sales process.

But then the first question is whether designing a sales process with an engineering perspective is possible or whether it is an activity in which structure and processes have no place. The reality is that, if we were to travel back in time, we would find many examples of activities that today could not be imagined without a defined process - but years ago it was probably not so obvious. Let's look at two examples.

It is common for there to be confusion about who invented the gasoline-powered vehicle, we tend to think it was Henry Ford (actually it was Karl Benz). This confusion stems from the fact that it was Herny Ford who found a way to bring the vehicle to the masses by inventing the production line. This meant that it was now 65% cheaper to assemble a vehicle and only took 20% of the time it used to. No longer were "gurus" required to assemble a car, but with a well-defined, executed, monitored and continuously improved process.

Now let's take a look at an example from a totally different industry. In 2016 Michael Keaton starred in the movie The Founder, which tells the story of Roy Kroc and the birth of McDonalds. The film shows how the world's largest restaurant chain was created. Mostly, its value proposition was born by inventing "fast food". It is interesting to see the experience of transforming a restaurant kitchen into a process -this was the great invention of the McDonald brothers- a methodological and optimized process of hamburger production.

It is by defining a good process that the possibilities for improvement grow exponentially. In the case of manufacturing; lean manufacturing, the Toyota Production System, statistical quality control, Six Sigma, Kaizen, the 5 S's, the Deming cycle and its principles, OEE, TPM, operations research, the multiple philosophies of continuous improvement, among many other specialties that today serve virtually all manufacturing industries in the world, were born as a result of having a process to improve.

In the same way, the commercial process of our businesses can also be designed using engineering knowledge to create a standardized, measurable and improvable process. The impact of this transformation on a company has the potential to be as impactful as it was in the automotive or restaurant industry.

Ultimately, a well-designed and executed process will allow any customer to receive the same level of service we want to provide according to our value proposition, allowing us to scale as a company while continuously improving this value proposition.

CRM tools to speed up and boost your sales 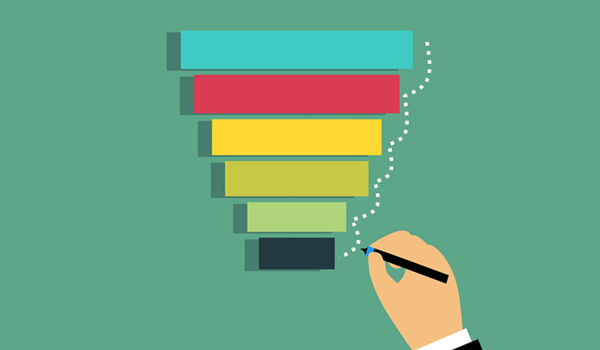 How to attract more and better prospects?